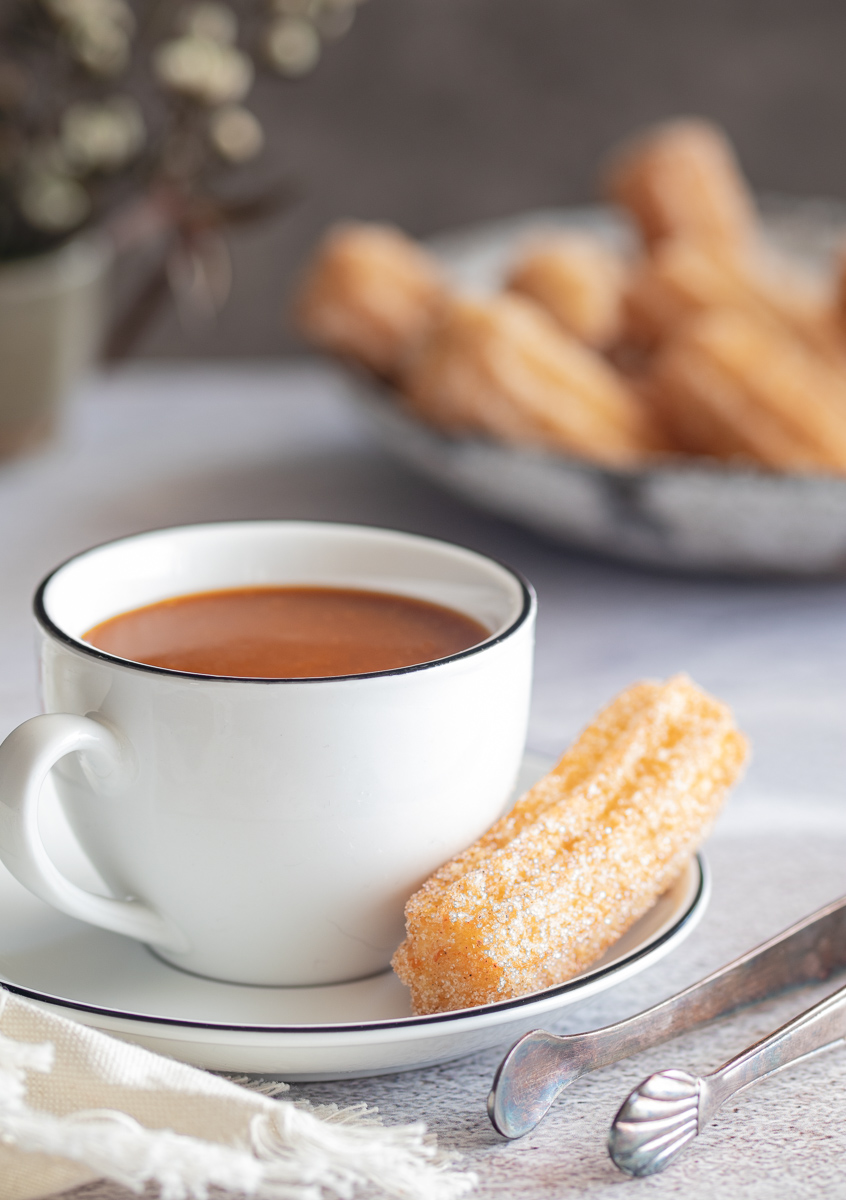 Disclaimer: In December 2019, I was commissioned to develop a variety of recipes for Dairy Australia. This is one of them, featuring the use of butter. Styling and photography by me. Both the recipe and the photo is now property of Dairy Australia, however I was given permission to publish them on my website. © Dairy Australia. All rights reserved.

Did you know there are Spanish churros and there are Mexican churros?

I know, I didn’t either, until I started doing some research in preparation for developing this recipe. Spanish churros are vegan, and made with olive oil, while Mexican churros add butter and eggs to the dough. Naturally, my version of churros are the Mexican variety, a) because I’m a self-confessed butterholic, and b) well, developing a recipe with olive oil instead of butter wouldn’t have been a smart move when your client is Dairy Australia… hehe.

When people try churros for the first time, they often say it’s just a fancy version of a doughnut. Yes and no. Yes, because both are sweet pastries fried in oil. But while doughnuts are made with a yeasted dough, churros are more like eclairs, as in they are made from choux pastry.

How to make the crispiest churros

The key is in the choux. And in the oil.

Firstly, when you make this dough for the first time you’ll think that it’ll never come together. The eggs don’t seem to be interested in bonding with the roux you’ve carefully made in the pot. But don’t give up! Keep on beating it together and suddenly you’ll see it form a beautifully smooth mass.

Secondly, the oil you’re using for frying, if that ain’t hot enough, your churros will soak up too much fat and become soggy. Make sure it’s at 180°C, and that it stays there while your churros are frying. The outside of the churros will crisp up quickly, not letting the oil penetrate to the inside, so the inside will pretty much steam itself and become light and fluffy.

While I do like the traditional dark chocolate sauce you dip churros in, I chose to mix it up a little bit and make a toffee sauce, flavoured with white chocolate. Thought it better complemented the garam masala the churros are coated with. The good thing about the sauce is that it microwaves beautifully. You can make it ahead, and when it becomes too stiff to dip your churros in, just pop it in the microwave for a few seconds, give it a stir, and voila, it’s ready again!

Enjoy! But be careful. These churros are so addictive! 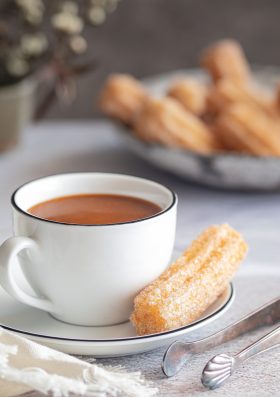 Sure, churros are deep fried, but one bite and you’ll be surprised how light and fluffy and not at all greasy they are! The trick is hot oil. The outside will crisp up and seal quickly, leaving the inside tender. And do churros always have to be coated with cinnamon sugar? No! I opted for garam masala and orange flavours.
Prep Time15 mins
Cook Time20 mins
Total Time35 mins
Course: Dessert
Cuisine: Mexican
Keyword: buttermilk, caramel, churros, toffee, white chocolate
Servings: 6 serves 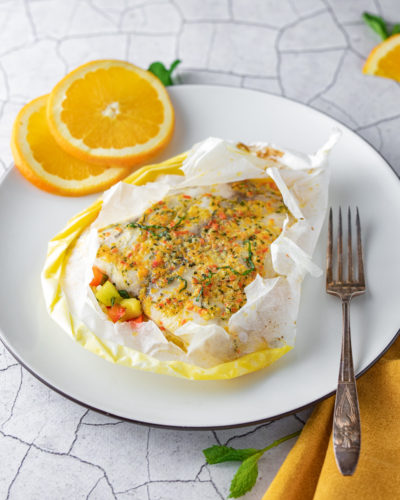 En papillote (or ‘wrapped in paper’) is a classic form of French cookery. It is a very gentle way of steaming fish in an enclosed pocket, while the butter and other juices help infuse it with bursts of flavour and plenty of moisture. The result is an incredibly tender piece of protein.

Every Australian café has eggs benedict on the menu. No wonder, what is not to like about a velvety Hollandaise sauce over a soft poached egg? But have you had it on rice and a black bean stew? It could not get any more fusion than this. Bonus: another creative way of using up leftover sticky rice.